Looking for games like Idle Heroes for your iPhone, iPad and Android device? Follow this article to find out the games similar to Idle Heroes that are available for free.

Idle Heroes is a role-playing game developed by the  DHGames for android and iOS mobile devices. In this game, you have to collect and upgrade a squad of fighters who will lead you to victory over the world good or evil.

Although the genre is declared as an MMORPG, the gameplay is more like an idle clicker. The player is only required to correctly place the heroes before the battle and increase their level. The battles themselves take place without the direct participation of the player.

Idle war is an Idle RPG fantasy game where you collect epic heroes to start an adventure. There are more than 100 customizable heroes from 6 different factions in this game. Without a single click or tap, your elite champions will fight to bring you gold, materials, gears and other resources. It also consists of over 1000 stages for you to overcome in fantasy biomes. Using the rewards received level up your heroes, upgrade their power and reveal their special skills.

In this Classic Idle RPG, you will play as a summoner, who has the power to summon gods, titans, elves,  orcs and demons. Your mission is to form a strong team and evolve your heroes to save the world from dark forces. Enhance your skills to collect heroes and items to assemble the strongest team. Summoners Era consists of a huge number Of heroes With 6 factions, more than 150 heroes, and 4 specific skills each. Compete with other guilds across servers to win rewards.

Idle Arena is a futuristic idle RPG game with heroes to upgrade, loads of loot, and epic quests. Recruit your heroes to train them up to become fearsome warriors and evolve them to achieve their full potential. Choose your troops wisely and unleash special skills at the right time for maximum effects to dominate the battleground. Over 100 items and equipment to collect from Loots, Rewards and Treasures. Fight your way in different challenges and game modes like campaign modes, world boss, tower trials.

Heroes Legend is free to play game with an incredible mix of best RPGs and MOBAs with action games elements. There are more than 60 Heroes in different factions with special skills. Summon your heroes to train them to become a powerful hero and assemble a team that would overcome all obstacles. Put forth your best heroes to battle head-to-head against other players in PVP duels in the battle arena. You will need a proper network connection to play Heroes Legend.

As the name suggests you have to summon the heroes and train them before Ragnarok and fight for the fate of the universe.  It is an idle RPG clicker game with more than 200+ Heroes and every hero has 4 skills. Try your strategies and win the battle with the summoned heroes. Just like idle heroes, it is an auto-fighting game and consists guild system. Challenge multiple dungeons and get rewards.

Need more games that are similar to Idle Heroes then please have a look at the games listed below: 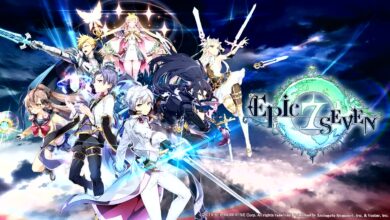 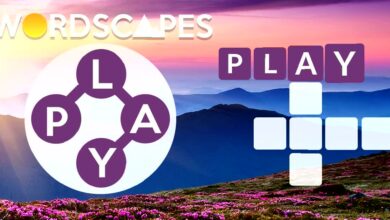 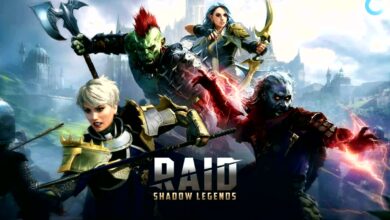